Sasan Gir Sanctuary protected area is the single largest chunks of forests in Suarashtra region of Gujarat state in India which is sprawl over total area of 1450 square kilometres. History of lion conservation in the last three decades since the inception of Gir Sanctuary is one of the most successful conservation stories in the world which must be read and noted. It is only because Gir is the last home of Asiatic Lion, Panthera Leo Persica, for over hundred years.

It is important to note that Gir forest has shrunk almost half of the area from its 3070 square kilometre in the year 1880s. In the early part of this sanctuary, Girnar, Mitiyala, Barda, Alech hills, Dhank and Chorwar were connected with Gir via different corridors.

Actually lions evolved in Europe and migrated down to Asia Minor due to climatic changes. Both African and Asiatic Lion were separated about 55,000 years ago and then they rise in to two different sub-species. Later back in thousands years ago, Asiatic lions were found in North Africa along Mediterranean. Up to 19th century, it survived in a part of Asia Minor Iran-Iraq and India but late on it become extinct from its every distribution range in the starting of 20th century, excluding the Gir forest. 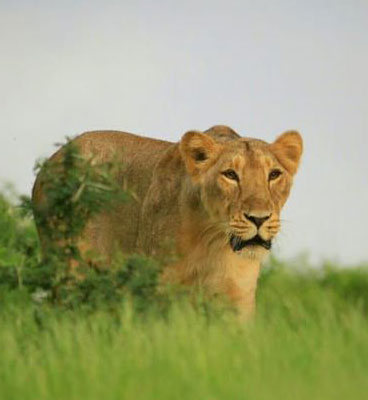 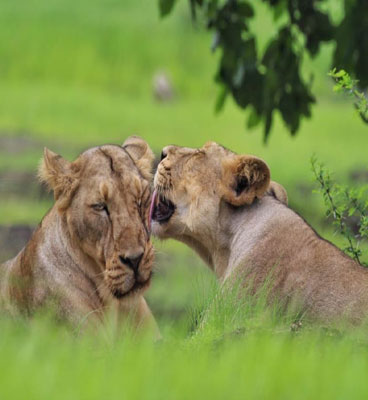 Entire population was restricted in the Gir forest and about a half dozen lions frequented from Gir to Girnar and Mitiyala forest.