If you are dreaming of a vacation in paradise, Gujarat welcomes you – the land of rich history with culture, tradition and heritage. Gujarat is the 7th largest state in India, located in the western part of India. The vibrant Indian state Gujarat is the most attractive tourist destination for international and domestic travelers. You could travel to the incredible state of India for many reasons. The state is blessed with the diverse attractions such as historical monuments, world famous architecture, temples and exotic wildlife. The Big B Amitabh Bachchan is honoring the Gujarat Tourism as Brand ambassador. Come and get lost in ‘Khusboo Gujarat ki’.

Somnath Temple in Gujarat is one of the most sacred religious places for Hindu. This important pilgrimage destination is one of the twelve Jyotirlingas of Lord Shiva and people visit this temple as one of the place in Char Dham Yatra. As per the Hindu mythology Moon God known as Soma built this temple entirely with gold to pay reverence to the lord’s glory. Strategically located on the shores of Arabian Sea, the temple has been destroyed by many invaders and reconstructed number of occasions. Finally, the temple came into full pilgrimage destination after independence of India. Enjoying the status of top temples in India, each year millions of devotees seek blessings of Lord Shiva at Somnath. 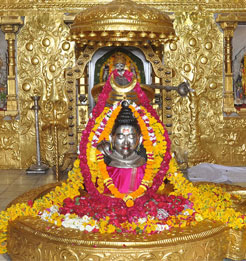 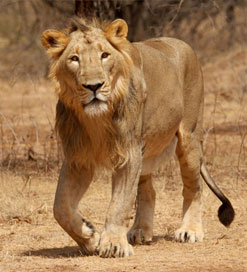 The magic of vibrant Gujarat lies in its wildlife, majestic Asiatic lions, safaris, rocky hills and plenty of rivers that make it major tourist destinations of India. Gir National Park is the sole home for pure Asiatic lions, situated about 65 kilometers South East of the Junagarh districts in Gujarat. Sprawl over an area of 1412 square kilometers in the Saurastra region, the par was primarily dedicated to conserve the Asiatic lion. Gir has evolved as stable eco system due its richness of wide biodiversity with 600 different species of plants, 2000 species of insects and more than 36 species of mammals and over 300 species of reptiles. Dry deciduous forest which covers large tracts plays a vital role in keeping the climate moderate in this region.

Junagadh is the most popular city known for the historical events of independent India. The city which literally means “Old Fort” is dotted with Hindus and Buddhist Temples, Mosques and many other historical structures. This historical city was ruled by the Babi Nawabs till India’s independence. It is said that, the Nawab of Junagadh wanted to dissolve the whole province with Pakistan after the partition but since the majority of population was Hindu, so Nawab had to leave his princedom and flee to Pakistan. Junagadh has many tourists’ attractions like Gir National Park and some of the marvelous historical monuments like Mahabat Ka Maqbara, Ashokan Rock Eddict etc. 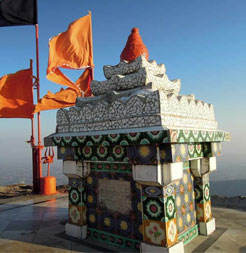 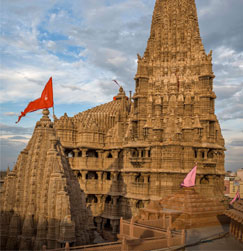 Welcome to most sacred place for Hindus around the world. Situated on the Gomti Creek, the finest temple of India believed to have been built by the grandson of Lord Krishna “King of Dwarka” himself. The temple is exclusively famous for its exquisitely carved architecture. It is said that Lord Krishna settled down in Dwarka with his Yadava (Yaduvanshi). Appearing to be rising from Arabian Sea, it is believed that the entire Dwarka Island was submerged in the sea & its recent architecture support this theory. More interestingly, the ancient Kingdom of Lord Krishna was the Capital of Gujarat state. The Krishna Janmastami festival celebration is the main attraction of Dwarkadhish.

Ahmedabad : - Ahmedabad is the fifth largest city in India and was the former capital city of the Indian state Gujarat. The city is blessed with the deep rooted rich culture, historical monuments, exquisite architecture and cheerful people. The city was founded by the king Karnadev in 11th century. As far as the tourists attraction in Ahmedabad is concerned it include Bhadra fort, temples, mosques, well-laid historical monuments and most important Mahatma Gandhi’s Ashram known as Sabarmati Ashram. The major attraction of the city that draws the attention of global tourists is the modern marvel Akshardham Temple in Gandhinagar. Maker Sakranti (Uttrayan) and Navratri are two most famous cultural festival that are celebrated with great zeal and passion.

Vadodara / Baroda : - Vadodara also known as Baroda is the third largest city in the Indian state of Gujarat and referred to as the cultural capital of the state. The city has much historical significance as after the warning Mughals were expelled by Marathas the Gaekwads. The city holds wonderful amalgamation of past and present. The city flourished under the supervision of Maharaja Sayajirao II. This amazing city is located on the banks of river Vishwamitri, southeast of Ahmedabad. Nyay Mandir in Baroda is the heart of the city.

Champaner-Pavagarh Archaeological Park : - Situated about 50 Kilometers east of Vadodara city, this archaeological Park is ancient site with its significance religious structures. The Park was declared UNESCO World Heritage Site in 2004. If you are interested in culture and architecture, you must visit this place for history buffs. Sprinkled with religious, military and agricultural structures, this historical site was built between over the period of 600 years. The Jama Masjid constructed during this period of B egda reflects the excellent example of the Indo-Islamic architecture. An important Hindu Religious place named Kalika Mata Temple is located on the top of Pavagarh Hill attracts large number Hindu devotees every year.

Rani ka Vav, Patan : - Rani Ka Vav in Gujarat is one of the rare historical monuments erected by a queen (Rani Udayamati) of that time for her beloved king. It was built in the memory of her deceased husband King Bhimdev I in the year 1063. The historical structure that was uncovered was a majestic specimen of carved sculptures, niches and compartmented pavilions with pillars. Rani ka Vav is one of the largest and finest and unique step wells and is currently in the tentative list of UNESCO World Heritage Site.

Bhuj : - Perhaps the phrase “steeped in history” was coined to refer exactly to Bhuj. With connection to a range of civilization beginning from prehistoric times, Mahabharata, Indus Valley and the times of Alexander the Great to the regional sultans, British and then modern India, Bhuj with over 4000 years of inhabitation is a cultural potpourri and one of the best places to visit in Gujarat for cultural immersion.