"Gir National Park" is a National Park and Wildlife Sanctuary in Gujarat. This is the second place in the world after Africa where you can see a lion roaming freely.

Gir National Park is spread over part of Junagadh, Amreli and Gir Somnath districts in Gujarat. It is part of the Kathiawar-Gir dry deciduous forests. It is also known as "Sasan Gir National Park". 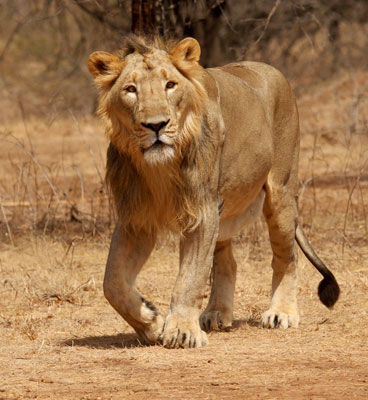 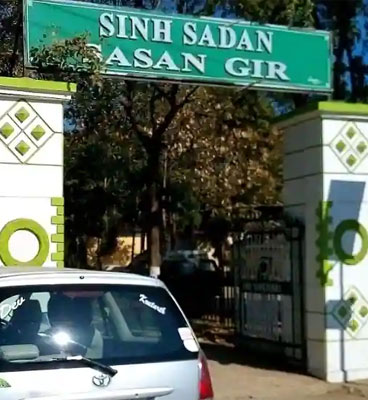 Gir forests got the status of National Park in the year of 1969. Let me tell you, its history is more than 100 years old. Since ancient times, due to excessive hunting of lions and other reasons their species came on the verge of extinct. After the extinction of the lion species in many states across India, in 1900, Gujarat was the only state where there were 15 lions left. To save the endangered lion species, the Nawab of Junagadh banned the hunting of lions and declared the Gir area as a protected sanctuary.

Why Gir National Park Is Famous ?

As we have been told earlier, Gir National Park is a National Park and Wildlife Sanctuary and it is the second place after Africa where lions live freely in the forests and roar. This place is famous all over the world for Lion Spotting or “Singh Darshan” and is a center of attraction for migrants.

Here you will get to see many types of wild animals and birds. According to the latest census conducted in June 2020, the population of Asiatic Lion had risen by 29 per cent in the last five years. In 2020 forest department has counted 674 lions in the Gir National Park. Apart from this, Gir is an abode of approximately 300 leopards.

More than 200 species of birds and more than 40 species of reptiles and amphibians are also found in Gir National Park. A large number of crocodiles are present in the Kamleshwar Park.

The Gir National Park remains closed from mid-June to mid-October as this is the time for the arrival of the Southwest Monsoon and the chances of rain are high.

Similarly, you can visit anytime from mid-October to mid-June. But December to March is the best time to visit Gir National Park and there is no chance of rain at this time.

Best Places to Visit in Gir

Kankai Mata Temple : This place is located in the forest, 25 km away from Gir National Park. This temple is revered by Gujaratis. Here you can eat free food in the form of prasad. Here you have a lot of greenery, so you can roam here too.

Jamjir Waterfall : This waterfall is located in Jamwala village of Junagadh district near Gir National Park. This place is very nice to see and people who are fond of waterfalls will love this place. 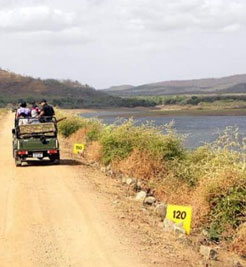 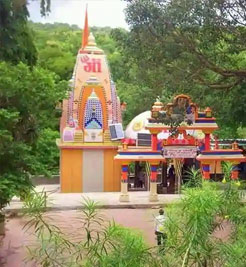 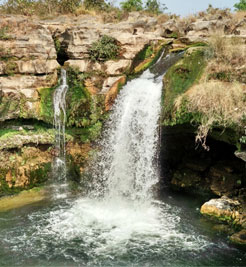 Gir Interpretation Zone : This safari park is an area connected to the Gir National Park where you can see the animal among the forests. To go here, you have to book a safari jeep and through that you can roam here.

Somnath Temple : The famous Somnath Temple is 55 km from Gir National Park. Somnath temple has been a very popular temple since ancient times. You can also visit here with family.